The evidence tells us that being physically active can help prevent numerous non-communicable diseases, including heart failure, but the exact dose we need to make the most of this potent medicine isn’t clear.

A large study which followed 33,012 Swedish men from 1998 to 2012 suggests that as little as 20-minutes of walking or cycling each day is associated with a 21% lower risk of heart failure.

The men, who had an average age of 60, were asked about how active they were when they were 30, as well their activity in the past year. The results suggested that recent activity was more important for reducing heart failure risk than past behaviour – so, no matter how active you were in the past, being active now will benefit your health.

But we can’t just focus on one type or dimension of physical activity – the total amount of activity the men were doing was really important for reducing risk, but only up to a certain amount, after that risk was increased again.

The researchers used the Compendium of Physical Activity to give each activity the men reported doing a MET (metabolic equivalent) value – rest is defined as 1 MET, walking is 3.6 MET etc. The MET value was multiplied by number of hours spent doing that activity to give MET-hours, which are added together to give a daily amount (MET-hours per day).

So, a moderate level of activity is definitely better than little or no activity, and there might be such a thing as too much activity, when it comes to heart failure risk. Including at least 20-minutes a day of walking or cycling can help reduce your risk as part of an active lifestyle. Physical activity is multidimensional – one size doesn’t fit all – there are many ways you can be active throughout every day to improve your health and reduce your risk of heart failure. Importantly, it’s never too late to start! 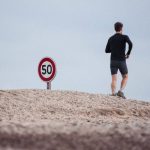 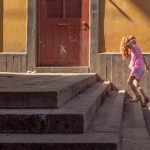 “Time to get serious about lifestyle change.”
Scroll to top