The NHS is wasting money

Millions of pounds are being wasted each year on unnecessary treatments for heart attacks and strokes, according to leading cardiologists.

Writing in the Postgraduate Medical Journal, Dr Aseem Malhotra and colleagues give a number of examples of patients being given expensive treatments that haven’t actually been proven to work. Not only are these unnecessary treatments costing the NHS at least £2.4billion a year overall, they also mean patients are having serious operations that they don’t actually need.

Wouldn’t it be better to use this money to prevent people ever getting these preventable diseases?

Even in prevention, money is being spent unnecessarily mass-medicating healthy people. A year ago, the threshold for prescription of statins to at risk patients was lowered to include those judged to have a 10-20% risk of developing cardiovascular disease in the next 10-years. Statins are now prescribed to around 10 million people in Britain. Not only do drug prescriptions cost money, doctor’s are of the opinion that healthy people given statins are more likely to suffer side-effects than gain benefits. Frighteningly, statins have been linked with an increased risk of developing type-2 diabetes – a disease that already affects over 3.3 million people in the UK and has been predicted to bankrupt the NHS.

So, what would happen if doctors prescribed physical activity instead of statins?

Aside from the massive cost-saving effect this would have, people would become healthier overall. They would significantly reduce their risk of numerous preventable diseases, including cardiovascular disease, type-2 diabetes, and the dislipidemia that would have resulted in a prescription for statins.

Physical activity is the single most important thing we can all do for our health – it gives you the most “bang for your buck”, impacting on more diseases than any single pill the doctor could prescribe. And, even better, physical activity is medicine without side effects, just benefits.

It’s important to recognise that physical activity is as individual as you are – the activity that “counts” isn’t the same for everyone. The right activity for you could be anything from walking to buy the paper in the morning, cycling or walking as part of your daily commute, playing with the kids, or doing the gardening, to more structured exercise like going to the gym, playing football, or running. Even something as small as getting up for 5-minutes every hour can have huge health benefits. Understanding your activity is the key, that’s why we created KiActiv System.

Physical Activity is the Key to a Longer, Healthier Life 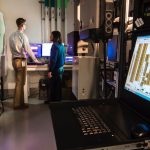 The latest Mi-PACT research has been published!
Scroll to top