Is Pokémon Go the answer to the activity crisis?

Pokémon Go has rapidly become a global phenomenon and it’s having a really positive side effect for some users – making them move more, thanks to the need for players to walk around in the real world in the hunt for Pokémon (you’ve #gottacatchemall).

Moving is crucial to the game – you need to move a prescribed distance to hatch any eggs you find (some require 10k of nurturing before they hatch). To catch different Pokémon, you have to go to spawning grounds, which tend to be in parks and other open spaces, and to get the items you need to catch Pokémon, you need to move from Pokestop to Pokestop.

Pokémon Go is neither a health app nor a fitness tracker. These tend to appeal to people who are already motivated to get healthy or to exercise – its appeal is far more wide reaching. And, it appears to have succeeded where physical activity interventions have failed, by motivating millions of people to be more active – they are so distracted by playing the game, they don’t even realise they are doing activity.

It’s great to see people getting up off the sofa, stepping away from their computers, and walking out into the real world, which can boost their chances of achieving the government’s physical activity guidelines (reports suggest that in the US users averaged 75-minutes of game play a day in the first week alone). This can only be a good thing, especially in light of new, compelling evidence published yesterday in the British Medical Journal, which suggests physical activity targets needs to be increased significantly if we want to reduce our risk of lifestyle diseases like diabetes and stroke.

Importantly, simply getting people to move more might not be having the impact on health we hope. For activity to “count”, it needs to be intense enough to burn at least 3 times the number of calories someone would burn if they were resting (i.e. 3METs or more), and for some health benefits, it needs to be done in blocks of 10-minutes or longer. So, wandering between Pokestops might not be intense enough for some people, for others, it might be fine. What’s more, we don’t know what impact the increased movement is having on other dimensions of activity – are players sitting more at other times because they’re tired from all this extra activity? We simply don’t know.

And, it’s long-term behaviour change that’s really needed to reduce risk of the serious, life-shortening diseases that are known to be linked with inactivity. And, like any craze, the popularity of Pokémon Go may already be starting to fade. It remains to be seen if people will sustain their new activity levels after they’ve stopped using the app.

In many cases, it’s unlikely given that the reason they are doing the activity will have been taken away – there will be no more Pokémon to catch and train. What’s more, they won’t know anymore about their activity than they did before they downloaded the app.

To promote effective behaviour change, KiActiv® programmes enhance individual understanding and inspire confidence to engage, motivate and empower authentic choice. And, of course, physical activity has multiple dimensions that we can take advantage of to gain the innumerable health benefits. So, each individual can choose what they want to do to optimise their physical activity and harness all of its protective properties. The key is to find out what “counts” for you.

Pokémon Go has inspired millions to get more active – now the challenge will be keeping people active long after Pikachu, Charizard and Mewtwo have faded from memory. And that’s our ultimate goal. 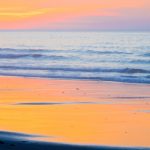