Data loses its value if it doesn’t have any context

Activity trackers probably won’t make you healthier and may not help you lose weight, studies suggest.

But, before you ditch your activity tracker, read what we have to say – it might make you think twice.

Although the incentives were tied to weekly steps (which is what the Fitbit Zip measures), the main outcome of the study was moderate-to-vigorous physical activity. So, were the participants really given the right tool for the job? To receive the incentives, yes, but for the study outcome, no.

At month 6, the group given cash incentives logged the most moderate-to-vigorous physical activity (29-minutes more than the controls). The charity group did 21-minutes more and the Fitbit group 16-minutes. From these results, the authors concluded that Fitbits don’t increase physical activity in a meaningful way. And this is what most articles have reported, but the study didn’t stop there.

At month 12, 6-months after the incentives were stopped, the Fitbit group logged 37-minutes more moderate-to-vigorous activity than the control group, the charity group logged 32-minutes more and the cash group 15-minutes. These increases in activity weren’t enough to show benefits to health.

Importantly, 40% of the participants had stopped wearing their activity trackers at the half-way point of the study and by 12-months only 10% were still using them.

“We saw a large drop off in usage as the study went on. People use these devices for a while, but with time the novelty wears off – this is consistent with how people use trackers in real life, ” said co-author of the study Professor Robert Sloan from Kagoshima University Graduate School of Medical & Dental Sciences, Japan.

And this isn’t the first study to suggest that activity trackers aren’t all they’re cracked up to be.

Last month, researchers at the University of Pittsburgh concluded that activity trackers were less effective for weight loss than a standard diet and exercise programme. In terms of physical activity, both the standard and the technology-enhanced groups improved, with no significant difference between the two groups. This led the authors to conclude that activity trackers are no better than self-report.

What both these studies do is provide a strong warning that activity trackers aren’t the magic bullet many people think they are. They simply allow you to quantify your physical activity.

Data loses its value if it doesn’t have any context. We know this and that’s why we’ve developed KiActiv®.

With an activity tracker alone, people can be unsure about how to use the data they’ve collected. Our unique KiActiv® method provides analysis in the context of health. This makes the wearable data valuable and creates individual understanding that empowers authentic choice, which promotes effective behaviour change. It’s clear that the key to this behaviour change isn’t the activity tracker itself, but rather the data and how you use it. 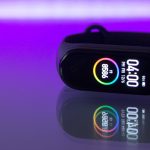 Working out how much exercise to do will take more than the latest wearable...
Scroll to top