Make 2017 the year you stick to your physical activity resolution

For many of us, the start of a new year signals the beginning of a new exercise regimen and, whilst we all start out with the best of intentions, very few of us stick to our resolutions past mid-January. And this pattern gets repeated year after year.

It’s time to take a new approach and start thinking about physical activity as more than just exercise.

A new study from the researchers at the University of Bath shows that the type of physical activity you choose to do is probably less important than the number of calories you burn doing it. This was not only true for weight loss, but also for other health benefits.

The researchers asked 38 overweight or obese middle-aged men and women who didn’t normally do exercise to take part in the study. During the 3 week study, everyone was asked to exercise on a treadmill five times a week and to reduce the number of calories they consumed each day. Half the group exercised at a vigorous intensity, the other half exercised at a moderate intensity. Importantly, everyone burned the same number of calories during each exercise session and the same reduction to calorie intake. This meant that each person had the same calorie deficit – the key to losing weight.

Not only did both groups lost the same amount of weight (2.4 kg on average), they also improved their body fat, insulin sensitivity, blood pressure, cholesterol, and a range of other blood measures. All good signs if you want to reduce your risk of developing diseases like type 2 diabetes and heart disease.

So, this study shows that while shorter bursts of intense exercise remains an option, if you enjoy that sort of thing, you can get the same benefits to your health by taking a more gentle approach – as long as the number of calories you burn are the same.

Don’t forget that there are 24-hours in a day and every minute counts.

Think about all those minutes in the day when you’re not exercising – do you make the most of them? New research from the National Institute of Health suggests that doing intense exercise could actually make you lazier the rest of the day. The 15 mice in the study increased the amount of exercise they did when they were given a running wheel, but daily calorie burn was only increased for the first week. After that, calorie burn plateaued, suggesting that the mice moved less when they weren’t exercising. And, let’s face it, we’re all guilty of rewarding ourselves after a hard workout with extra time on the sofa.

It’s clear that focusing on a single dimension of physical activity alone, whether that be the number of gym sessions you do or the amount of time you spend walking, creates a danger of developing a false picture. The personalised multidimensional physical activity profiles visualised in the KiActiv® system are crucial for the accurate evaluation of your physical activity and the creation of bespoke strategies for successful change.

Make 2017 the year you choose to make those small, but lasting changes knowing that with each passing day you’re taking control of your physical activity and your life. 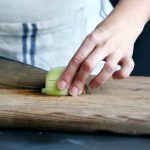 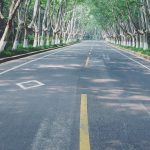 Everyday physical activity is a powerful medicine for older adults with heart...
Scroll to top