Drinking tea has long been a staple part of everyday life, and one which has become deeply engrained in British culture. The UK tea association estimates a staggering 84% of the British population are regular tea drinkers, so it’s unsurprising that for many of us, we regularly take time out of our busy day to make a ‘cuppa’

The gravity of these figures is huge, as physical activity is essential in maintaining a healthy lifestyle. As described by Sir Liam Donaldson “The potential benefits of physical activity to health are huge. If a medication existed which had a similar effect, it would be regarded as a wonder drug or a miracle cure.”

Despite people becoming more and more aware about the health benefits that physical activity brings, these figures show that our physical activity often gets left at the wayside. To put this problem into further perspective, results from the study also show that almost a third of British adults who work full time say that they cancel physical activity due to work commitments on a daily or weekly basis, and a quarter of respondents in the study were classed as physically inactive and get fewer than 30 minutes of moderate activity each week. This also includes 13% who stated that they didn’t partake in any activity at all.

In terms of how tea relates to activity, it serves as a good example that if we could incorporate some of our tea making time with activity, then how great of an impact it could have on our health over time. We’re not saying drink less tea, instead consider how beneficial a subtle change like spreading your kettle, mug and tea bags around the kitchen could have through simply making your body move that extra bit more when making your cup of tea.

Here at KiActiv® we promote physical activity through the message that every movement matters, shifting the focus from exercise/sport to all of the different types of activity which we do throughout our everyday lives. By using KiActiv®, individuals learn to make the most of their movement and are able to remain physically active in a sustainable way, simply through approaching physical activity in a more multidimensional manner. 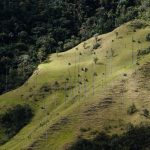 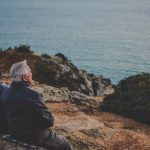