Regular physically active may delay the progress of Alzheimer’s disease, according to a new proof-of-concept brain imaging study.

Alzheimer’s disease is the most common type of dementia, affecting around 527,000 people in the UK. Like other types of dementia, Alzheimer’s disease triggers a loss of brain function and is usually progressive and eventually severe. The symptoms of this terminal condition are devastating and include memory loss, confusion and problems with speech and understanding. Whilst there is no cure for Alzheimer’s disease, this new study shows that staying physically active can slow it’s progression.

Professor Zhang and his team examined the effects of physical activity on 70 adults aged 55-years and over. All the participants had amnestic mild cognitive impairment, which is the most common form of mild cognitive impairment that affects memory. The participants also had accumulations of beta-amyloid in their brains, a protein that has been strongly implicated in Alzheimer’s disease.

Over the 12-month study, both groups maintained similar cognitive abilities in areas such as memory and problem solving. Interestingly, people from the exercise training group who had amyloid build-up experienced slightly less volume reduction in their hippocampus. The hippocampus is a brain region involved in learning and memory that progressively deteriorates as dementia takes hold.

“It’s interesting that the brains of participants with amyloid responded more to the aerobic exercise than the others,” said Professor Zhang, who conducted the research. “Although the interventions didn’t stop the hippocampus from getting smaller, even slowing down the rate of atrophy through exercise could be an exciting revelation.”

These results suggest that regular aerobic exercise can at least slow down the effects of Alzheimer’s disease, adding to an ever-expanding volume of evidence supporting physical activity as a powerful medicine that we should all be taking.

At KiActiv® Health we know that every movement matters and that getting and staying active is essential for living a healthier life, now and in the future. The key to getting and staying active is to find out what activities count and work for us, whether that’s making the most of activities that are already part of our lives or finding new, enjoyable ones, or both. There are endless possibilities for moving more every day, but the more you enjoy something, the more likely you are to do it regularly and keep it up. 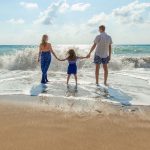 Minimising sedentary time is vital for good health – Even whilst on holid...
Scroll to top