Depression is a recognized mental health illness which has the potential to affect anyone. In light of recent statistics, it appears to be becoming increasingly common. A staggering 1 in every 10 people have been reported to experience depressive symptoms in their lifetime. The symptoms and effects vary between people, but can involve feelings of a lack of motivation, low self-esteem and a sense of helplessness (among others).

A recent study interestingly looked into the health records of almost 8000 participants in the Partners Healthcare Biobank. The Biobank is a long-term research programme which is designed to help scientists better understand how people’s genes can affect health outcomes. Upon enrolling, participants answered a survey about their lifestyle habits which included their level of activity. Although self-report surveys do have their limitations, it enabled to researchers to adequately assess the impact of activity on depression.

What did the study find?

Over the course of two years, Harvard University researchers cross referenced this information with patients’ health records to monitor those who were diagnosed with depression. In addition to this, participants’ genetic information was used to calculate a score which reflects their inherited risk of depression.

The results, which were published in the journal Depression and Anxiety add to the growing pool of evidence highlighting the power of physical activity to improve health related outcomes. They revealed that people who had a higher genetic risk were 20% more likely to be diagnosed with depression than others. However, if these people partook in regular activity equating to roughly 30 minutes a day, then they could reduce their risk of depression by as much as 17%. Additionally, there were great benefits for those who were already at a lower genetic risk, as they were 38% less likely to feel depressed through taking part in regular activity.

The benefits were similar, irrespective of the type or intensity of the activity carried out.  Running and walking in particular, resulted in risk reductions of 13% and 11% respectively. High intensity activities such as dancing reduced the risk of depression by 16% and low intensity activities reduced risk by 14%. In particular, taking part in activities such as yoga and stretching were reported to reap these benefits. This is especially interesting and provides further evidence that working up a sweat in the gym isn’t the only way to gain health benefits from activity.

As we have seen in the results from this study, regular exercise and activity can be extremely beneficial in risk reduction, but also in the sense of helping to treat depressive symptoms. The NHS currently recommends regular exercise for people who have been diagnosed with mild – moderate depression and GPs are beginning to prescribe physical activity as a treatment for the condition.

It’s important to remember that the results come without saying that any improvement in activity levels is beneficial to our health and a step in the right direction to leading a happier, healthier life.

Why are we still telling kids to sit down and sit still? 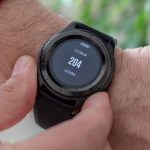 Can wearable fitness trackers actually give an accurate estimate of VO₂ma...
Scroll to top