Can wearable fitness trackers actually give an accurate estimate of VO₂max?

We’re living in a world where advanced technology is becoming more and more accessible to the general public. Wearable fitness devices are now prominent on the consumer market and seem locked in a battle to outdo each other by providing all sorts of measurements obtained from a number of fancy sensors. Whilst the end goal remains consistent in that the device provides the consumer with a means of tracking their activity, many are now offering more complex readings in a bid to give the user unique insights and ultimately sell more units. Whilst this might sound appealing, we must consider the accuracy of these measurements to assess whether the outputs we are being shown carry any true value for the good of our health.

Perhaps one of the more interesting claims made by a wearable on the market is that of the Garmin Forerunner 230 & 235 series. Each device utilises characteristic information from your user profile, such as height, weight and age, in combination with information collected whilst running such as heart rate, running distance, duration and pace to provide an estimate of individual VO2max. The G230 model uses a chest strap to accurately monitor heart rate, whilst the G235 uses an optical sensor within the wrist worn device to obtain a slightly less accurate heart rate measurement. The estimate is shown to the user alongside an estimated ‘fitness age’ based on this particular measure of cardio-respiratory fitness.

VO2max refers to the maximum rate of oxygen consumption during exercise and is generally considered the gold standard measurement of an individual’s aerobic fitness level. It is closely and positively associated with athletic performance, longevity, health and well-being. Accurate assessment of VO2max usually involves an incremental exercise test to maximum capacity under laboratory conditions, which is both expensive and impractical for most people, so by providing an estimation in a free-living environment Garmin is attempting to make a very useful insight far more accessible to the wider population

Is it backed by the science?

As previously mentioned, before we take the device’s VO2max readings as gospel, it is important to consider the accuracy. One study compared the estimations produced by the G230, G235 and a third device with results from a gold standard VO2max test conducted in laboratory conditions. They found significant differences between the estimated VO2max from all devices and the measured VO2max. for male and female participants. The Garmin devices showed a tendency to underestimate VO2max. for female participants, whilst an overestimation was apparent for the male participants. A second study looked solely at the G235 and found that the watch underestimated VO2max compared to gold standard VO2max measurements, differing slightly from the first study, perhaps suggesting we should be cautious when making any inferences from this data.

So, despite many new wearables making bold claims about what they are capable of measuring, it is important to dig a little bit deeper into the underlying science before drawing any firm conclusions. The Garmin Forerunner wearables are likely capable of giving a ‘ballpark figure’ for VO2max, however when we consider the implications of the scientific literature, it might be wise to take this figure with a slight pinch of salt.

Regular physical activity shown to be an effective treatment in reducing the... 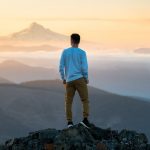 Everyday activities shown to half chances of developing prostate cancer in ...
Scroll to top