The truth about steps

The 10,000 steps a day target is often mistaken as a magic number — the key to staving off disease caused by inactivity — when, in fact, it is a completely arbitrary number that originates from a successful marketing campaign in the mid-1960’s.

In an attempt to capitalise on the popularity of the 1964 Tokyo Olympics, a Japanese company started selling the world’s first wearable step-counter called a manpo-kei, which literally translates to “10,000-step meter.”

“There wasn’t really any evidence for it at the time,” says Professor David Bassett, Head of Kinesiology, Recreation and Sport Studies at the University of Tennessee. “They just felt that was a number that was indicative of an active lifestyle and should be healthy.”

And now, 54-years later, the threshold of 10,000 daily steps has still not been scientifically validated as a way to reduce disease risk.

Indeed, earlier this year, Mike Brannan, National Lead for Physical Activity at Public Health England said “There’s no health guidance that exists to back it [the 10,000 steps target] up.”

And, according to the 2018 Physical Activity Guidelines Committee Scientific Report written for the U.S. Department of Health and Human Services, there isn’t any published scientific evidence that looks at whether or not daily step count is related to your risk of dying from any cause or from cardiovascular disease. Only limited evidence relates steps to other health outcomes, such as a heart attack or stroke, or developing type 2 diabetes. In fact, the authors of this report couldn’t be sure that doing more steps reduces your risk of these diseases.

What no one seems to be asking is whether we should even be striving for a step target at all.

“There is no authority that recommends using steps as a proxy measure of physical activity.”

Professor Dylan Thompson, Director of Research at University of Bath

One of the major problems with counting steps is that intensity is ignored and when it comes to physical activity for health, wellbeing and fitness, intensity matters. So, you could be taking 10,000 slow, meandering steps a day, achieving the 10,000 steps target, but completely missing out on the numerous physical and mental health benefits you could be gaining.

Another problem is that step counting is far too narrow, failing to account for movement that is not manifested in steps. It is important to also understand that walking isn’t the only type of activity that benefits health – there are multiple dimensions that we can take advantage of to gain the innumerable benefits of physical activity. Focusing on one dimension, or one specific activity, like walking, creates a danger of developing a false picture of activity.

We know that data loses its value if it doesn’t have any context. With an activity tracker alone, people can be unsure about how to use the data they’ve collected. Our unique, evidence-based and clinically proven KiActiv® method provides analysis in the context of health, in combination with two of the most complementary and potent ways of changing people’s physical activity behaviour, self-monitoring (observing and evaluating one’s behaviour) and goal setting. This makes the wearable data valuable and creates individual understanding that empowers authentic choice, which promotes effective behaviour change. 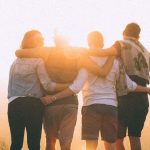