The Alzheimer’s Society highlights regular physical activity as the best lifestyle change you can make to reduce your risk of getting dementia, outweighing the effects of other behaviours including not smoking, moderate alcohol intake, and maintaining a healthy weight or diet. Backed by a collection of prospective studies, the Alzheimer’s Society proposes that regular physical activity in middle age can reduce the risk of developing dementia and Alzheimer’s Disease in later life by about 30% and 45%, respectively.

Familial frontotemporal dementia (FTD) is a neurodegenerative disease that typically begins around 45 – 65 years old, and is the most common form of dementia in those under 65. FTD can disturb an individuals’ personality, decision-making, language and movement capabilities, resulting in rapid cognitive decline. It is a severe disease. Most individuals suffering with FTD die within 10 years of onset. Despite the devasting impact of the disease, science has previously struggled to provide valuable interventions for these patients.

However, recent research proposes an accessible and effective prevention to this destructive disease – physical activity! Conducted by scientists at the UC San Francisco Memory and Ageing Centre, this study concluded that a physically and mentally active lifestyle can enhance future resilience to FTD. Such benefits were found to exist irrespective of an individual’s genetic profile, which would have previously elicited an inevitable vulnerability to this disease. Instead, “people with a genetic predisposition for FTD can take actions to increase their chances of living a long and productive life”, says Kaitlin Casaletto, author of the new study. “Their fate may not be set in stone.”

The study utilised MRI scans to assess the degeneration of the brain, and combined this information with gold-standard family assessments of how well the individuals were able to function in their everyday life. Within just one or two years of the ongoing study commencing, both the speed and severity of FTD between the most and least active individuals became significantly clear. Even in such a relatively short period of time, the functional decline in the most active participants was 55% slower than in the least active group. Casaletto noted that “this was a remarkable effect to see so early on”, also claiming “if this were a drug, we would be giving it to all of our patients.”

Knowledge of the role physical activity can play in altering the trajectory and presence of dementia should empower at-risk individuals, providing some confidence that they can, to some degree, take control of their brain health. Here at KiActiv®, we understand the importance of inspiring you to feel optimistic in your ability to manage your own health, regardless of any health barriers you may be facing. Redirecting the narrative onto physical activity provides an accessible pathway for this, enabling you to appreciate the value of everyday movement and the positive impact this can have on your health.

THE LINK BETWEEN SEDENTARY TIME AND DEPRESSION 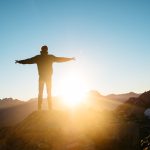