Dementia Action Week, running from the 17th–23rdMay 2021, is a national event led by the Alzheimer’s Society that aims to encourage us to take action to improve the lives of those living with dementia.

Dementia is an umbrella term used to describe a range of progressive neurological disorders –that is, conditions affecting the brain. Whilst there are over 200 subtypes of dementia, two of the most common, and consequently well-known, are Alzheimer’s disease and vascular dementia. In 2014, the Alzheimer’s Society estimated that over 850,000 people in the UK live with dementia, with this number expected to rise to over 1 million by 2025 as the population continues to live longer.

Although there is currently no recognised cure for dementia, early diagnosis can be crucial to slowing the progression of cognitive decline and afford individuals a longer period of preserved mental function. It is also known that risk of developing dementia significantly increases with age, affecting one in 14 people aged over 65 and rising to one in six over 80’s, but it’s important to remember that dementia is not a natural or inevitable part of ageing.

Alongside the importance of early intervention, the present lack of effective pharmacological treatments has similarly encouraged the consideration for alternative interventions. Whilst age remains a fundamental risk factor that we, unfortunately, cannot control, there are many lifestyle changes that we can make throughout our lifespan that can reduce the risk of developing dementia!

In fact, the Alzheimer’s Society highlights undertaking regular physical activity as one of the best things you can do to mitigate this risk and improve both memory and cognitive function – even in comparison to things such as stopping smoking, moderating alcohol intake or maintaining a healthy diet and body weight. The promising impact of physical activity as an intervention for dementia is further reiterated by the fact that it has also been found to improve patients’ quality of life (Kouloutbani et al., 2019).

Although the majority of research pertaining to dementia and cognitive decline considers aerobic exercise, Barnes and colleagues (2007) conducted a review that included a variety of longitudinal studies which encompassed various dimensions of physical activity. As such, it’s important to note that engaging in activity doesn’t have to mean getting out for a run or heading to the gym, instead it can involve playing at the park with the kids, getting some gardening or household chores done, or even dancing around the kitchen as the kettle boils! The multi-dimensional nature of activity means that it is much more accessible than many may first think – it’s all about finding what kind of activity is best for you.

Whilst more research is needed to identify whether or not an optimal level of intensity or duration of physical activity exists with regards to delaying the onset and slowing the progress of dementia, there is no denying that engaging in an active lifestyle into old age can help to mitigate the risk of dementia and preserve cognitive function. So, what are you waiting for? There’s no better time to get moving than now to help keep both your brain and body healthy, in a way that suits you! 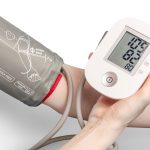 MAKING THE MOST OF THE MAY BANK HOLIDAY
Scroll to top