We are all well aware that maintaining a poor sleep pattern probably isn’t ideal, with a bad night’s sleep leaving many of us feeling tired, irritable and lacking concentration. But whilst we can easily recognise the immediate consequences of a restless night, you might be less aware of the longer-term impact poor sleep can have on your health.

Poor sleep has frequently been associated with a decline in general health, and a recent study published in the British Journal of Sport Medicine investigated this further. The researchers found that, whilst poor sleep can cause serious damage to one’s health, engaging in higher levels of physical activity may in fact counter this, indicating a likely synergy between sleep and activity.

The study, which utilised over 380,000 participants from the UK’s well-known Biobank study for an average of 11 years, categorised both physical activity levels and sleep quality separately. In turn, 12 physical activity / sleep pattern combinations were derived and these formed the basis of the researchers’ conclusions.

Interestingly, over half of the participants involved had healthy sleep patterns, with only 3% being classified as ‘poor’ sleepers. However, the lower the sleep score, the higher the risk of death from any cause. This included all types of cardiovascular disease, as well as strokes. Those who had a combination of poor sleep and no moderate to vigorous physical activity had the highest mortality risk, 57% greater than individuals with a healthy sleep pattern and high physical activity combination.

The impact of this synergy was particularly highlighted when considering cardiovascular disease and lung cancer, with the poor sleep / low activity group’s risk being 67% and 91% higher, respectively. Lower levels of physical activity were consequently concluded to amplify the detrimental associations between poor sleep patterns for all but one of the health outcomes monitored. The risk of a stroke was not impacted.

There are a multitude of reasons why people develop poor sleep patterns, ranging from sleep disorders and a shift in circadian rhythms due to shift work or jet lag, to stress, too much caffeine or simply failing to unwind before bed and not understanding the importance of sleep. Some of these are modifiable risk factors, whilst others are not quite so easily solved. Thankfully, everyone can counter poor sleep or supplement good sleep through increasing their physical activity!

Here at KiActiv®, we champion a multidimensional approach to activity and aim to empower each and every individual to make positive changes to their lifestyle. To many, physical activity may seem daunting or inaccessible, but it doesn’t have to be high intensity or take the form of traditional exercise to have an impact. In fact, pottering around the house during a TV break, dancing around the kitchen when the radio is on or getting some housework or gardening done are all great forms of activity.

Beginning to recognise the value in your everyday movement and shifting your perspective away from the traditional, narrow view of exercise can have a profound impact on your current and future health. Not only can it elicit its own individual health benefits, but we now understand the concurrent benefits it can have on countering other undesirable lifestyle behaviours. Everyone can move more, so let’s focus on something we can change to keep ourselves as happy and healthy as possible! 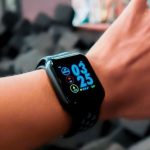